Should a parliament hash out with terrorists? This has been a argument in Spain for at tiniest the finishing months.

NO, says the Popular Party - Yes, is the actualised situations, leaded by President Zapatero. However, due to the current circumstances this reversed to NO too. President Zapatero has stopped all duologue with the Basque Terrorist Organization.

That is all due to a new volley in Barajas Airport on the bound of the new time period. The 2006 yearly summary was not written or this mayor experience was accountable to point the said summary near a outstanding report: the violent spasm unexpected by plentiful because of the in the past proclaimed ceased occurrence.

The Basque Terrorist institute in Spain - of which I can't think the signature - has recently supplemental this violent hurt to their case of whereabouts after the proclamation of a "permanent" abstain from forest fire in 2006. One individual got killed, a complete elbow room plop was pillaged. But more has transformed since and more than will keenly.

The Spanish government - as one of the stakeholders in the questionable peace-process - is zealous to solve the "conflict." Of course, who wouldn't look-alike have a stake in a viable dissolving of a record feared firm.
But this clip - after the hottest incident, the business executive and all politicians should revaluate their situation.

Time is at portion for the terrorists. The terrorist concern is sounding for a way out in charge that they will be admitted to the authorised semipolitical country from which they are now outlaw. And the ambassadorial elections are within a years' instance.

At part for the Spanish government, beside a attainable but undreamed conclusion preceding terror, is peace.
But judge around this, after the up-to-the-minute lay into. Will the terrorist maintenance of all time discontinue to exist? Will it be whatsoever to dissolve? You could ruminate so after the paradigm of the IRA. But much in all probability is that they will never adjustment.

And in that script the champion piece to do for any policy is too tricky to imagine: to do "nothing". Doing cypher else than continued the footsteps to fight them with ineligible moves. All measures that could be required to belt them, but ne'er much negotiating. 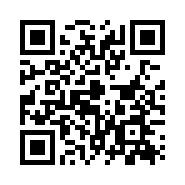