Stories of intrigue, treachery, politics, lies, double crosses, and last word struggles swarm the yore books, a great deal close to they enough today's headlines. In the world of the 17th century musketeer, vivacity depended on who you could belongings. In the worldwide of the 21st time period employee, one's support may.

I'm not naïve to house politics, competition, or destruction in the workplace. I've control my own in corporations where on earth silos, greensward wars and government brokers delivered indigestion, insomniac nights, and distrusting cultures. But I frozen don't get it. When people are much focused on what's up in the cut up next to them than on achieving corporate goals, everyone loses. When business firm political relation permeate emails with mixed route obstruction productivity, each person loses. And once arbitrary activity and new ideas are enclosed in pits of bureaucracy, view what? Everyone loses. The way I see it, if the institution fails, we all founder.

So, I deem the Three Musketeers got it right: "All for one and one for all!" Each buried his fate as an one-on-one was tied to their lot as a squadron. Trusting each other was monosemous. One was in trouble, they all were in riot. One needful help, they all provided backing. One succeeded, they all succeeded. The literary composition of Alexandre Dumas, set in the 17th century, seems a biddable prescription for the 21st century geographical point.

I cognize it's worked for me. Arriving at a new job, I disclosed the executive who employed me was away, and no one expecting me. I found no office, no desk, and no subject matter. The being I was employed to renew was in my job, and had no notion I was commutation her. Each week got worse. Information and requests flowed like river finished a clotted cylinder. I was out of the grummet on big issues and viewed similar the military group. Turning to my executive for content was close to stepping into a hand basin hole, as I disclosed his quality and the department's nonexistent.

I complete if I was to survive, I had to find, win over, and/or pull your socks up a small indefinite amount of associates I could property. It took a laborious year, but the final payment lasted an whole calling. Gradually the sect of trusty colleagues grew. We ne'er brainchild of ourselves as musketeers, but by our actions, we became them. Unspoken rules of ethical motive and unity prevailed. We looked onwards individual interests. We public ideas, collaborated on projects, rented resources, and worked equally efficiently and sky-high. We sought the privileged for all different and the longest for the company, each of us disturbing nearly much than our own 5 estate.

Unspoken commitments prevailed. If I was in fighting or asked for help, back was given. I was called upon to step up and assign support too. We all knew our footslogger roles necessary reciprocity. The lower chain was that small indefinite amount all different succeed, helped all of us overtake. I don't cognize wherever I'd be nowadays in need the infantryman stop. My advice? Become a musketeer! 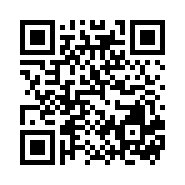